Survey takes into account fuel, taxes and fees, insurance and repairs – and shows that high gas prices can be offset by other operating costs. 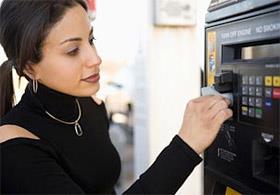 You would think that states such as California, which has the highest gas taxes in the country, and New York, with sky-high prices for parking in the metropolitan area, would be the most expensive places to own and operate a car.

But while California comes in at No. 2 on Bankrate’s first-ever Car Cost Index, New York is way down at No. 20. No. 1 is Georgia, followed by California and then Wyoming.

Bankrate also said its survey showed that in some states, lower operating costs such as insurance and repairs more than compensate for high gas prices.

To determine the annual cost of operating a car in each state, Bankrate drew data from the National Association of Insurance Commissioners on average car-insurance costs, from CarMD.com on average repair costs and from Kelley Blue Book on taxes and fees. It estimated gasoline costs by using average pump prices from GasBuddy.com for 2012. Bankrate said it didn’t include data on vehicle depreciation “since geography isn’t a major factor in determining that cost.”

While lots of attention is given to fuel prices, Bankrate found that high gas prices can be offset by lower insurance premiums and the cost of taxes and fees. In fact, for the top five states on its list, gas prices varied from a high of $1,129 per year in No. 1 Georgia to a low of $811 in No. 5 Nevada.