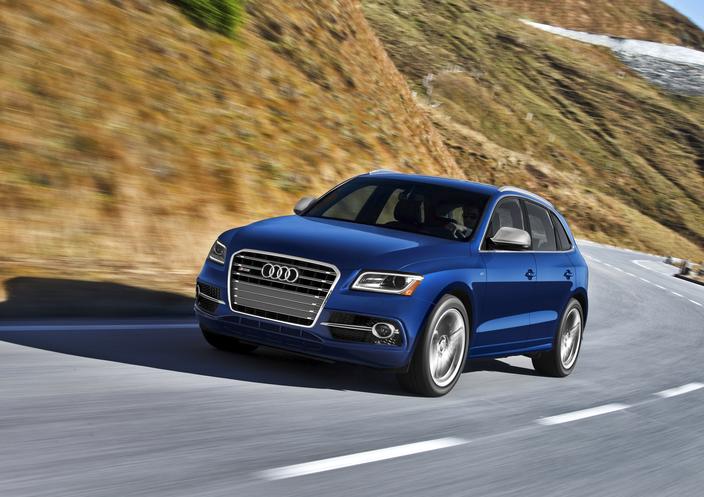 The 2014 Audi SQ5 has won the Tenth Annual Active Lifestyle Vehicle of the Year award against numerous other finalists in the Luxury On-Road Vehicle category.

The Active Lifestyle of the Year Award is organized by Carspondent.com and stands as the only competition of its kind in the U.S. to combine the opinions of automotive journalists and elite athletes. This year’s Audi SQ5 win marks the third year in a row the brand has taken home an award after a successful result in 2012 where the Audi allroad won in this same category. In 2011 the Audi A7 also won the ALV Luxury On-Road Vehicle category and the Audi Q7 TDI topped all rivals in the Family Vehicle classification.

“This year’s Active Lifestyle Vehicle of the Year program was the most expansive and competitive in the program’s ten year history, with more participants on both the OEM and athlete side,” explained Nina Russin, co-founder of the ALV awards. “Audi has consistently resonated with the athletes who appreciate the brand’s combination of performance and style, so it is no surprise that the trend continued with the most recent competition.”

Overall, 28 finalist vehicles were vying for recognition in the awards program. The competition, held on the campus of Local Motors in Chandler, Ariz., involved eight categories with each grouping of finalists assessed by juries made up of journalists and over 100 athletes who participate in sports including football, soccer, cycling, triathlons, kayaking, softball and marathon running. The juries assessed the cars in each category on overall design, engine power, fuel efficiency and cargo capability. The goal of the jurors is to reward cars best suited for the needs of a sports lifestyle, such as stowing bicycles, kayaks or golf clubs.