You can move to another country, but you can’t take your Credit Score.

Most people work hard to maintain a good credit score. They pay their bills on time, don’t finance more than they can handle, and keep an eye on that pesky little number – the credit score is what determines your creditworthiness to lenders. But if you decide to pack up and move abroad, you’re leaving that all 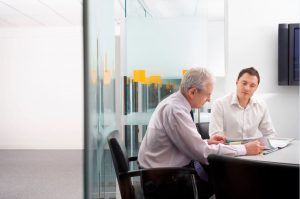 behind. That’s right, your credit doesn’t travel with you.

When you move abroad, you’re starting out with a credit score of zero. Now for some who are leaving behind bad credit, that may seem appealing, but no credit can be just as bad as bad credit. Having no credit can make it hard, if not impossible, to make even the most minor purchases.

Need a cell phone? They have to check your credit. Need a car? Gotta run your credit first. Need a place to live? What’s you score?

Pretty soon, that credit score that you left behind starts seeming like the most important number in the world. The key to great financing rates, better deals and ultimately financial freedom!

Credit Reporting Around the World

In each country, the credit scoring system differs slightly. Know how it works in your country!

United States
In the United States, FICO® is the most common model for credit scoring. Your credit score is a three-digit number generated by a mathematical algorithm using information in your credit report. Credit scores range from 300 – 850, with 300 being bad credit and 850 being Excellent. A FICO score consists of Payment History (35%), Debt Burden (30%), Length of History (15%), Types of Credit (10%), and Recent Searches (10%).

Canada
Canada’s credit scoring is similar to the United States, with a credit range of 300-900. They have two major credit reporting bureaus, TransUnion Canada and Equifax Canada. Credit scores are calculated based off of Payment History, Outstanding Debt, Credit Account History, Recent Inquiries and Types of Credit. In Canada, they also have a credit rating, which consists of letters and numbers. The ratings are determined by lenders and reported by the credit reporting agencies.

Germany
In Germany, credit information predominantly comes from banks. The German reporting agency is SCHUFA. In recent years, Germans are now able to delete late payments from their credit history, as long as the original amount was less than 2000 Euros and the bill was paid within six weeks.

United Kingdom
The credit reporting system in the UK is very similar to the U.S. In the UK they have three main reporting companies, Callcredit, Equifax, and Experian. This credit reporting system has been in place for a long time and has been used in lending decisions for decades. Two main differences separate their system from that of the U.S., in the UK your credit report lists whether you are on the electoral roll at your current address. The “Gone Away Information Network” (GAIN) section of your credit report contains information on consumers who are behind on their payments and moved without giving a forwarding address.

France, Portugal, Spain, Australia, and Nordic Countries.
In these countries, your credit score only reports on negative information – late payments, large debt burden, etc. It is being reported that these processes are slowly changing.

East Asia
Countries such as Malaysia, Hong Kong, and Singapore have some of the most advanced credit reporting systems. They combined consumer credit reporting and commercial credit reporting, which is very valuable for small and medium enterprises looking to access credit.

What’s an easy way to start building credit in your new country? Work with companies that specialize in offering Expatriate financing and leasing. These companies look at more than just your credit score when determining your creditworthiness. They may ask for employment information and visa type.