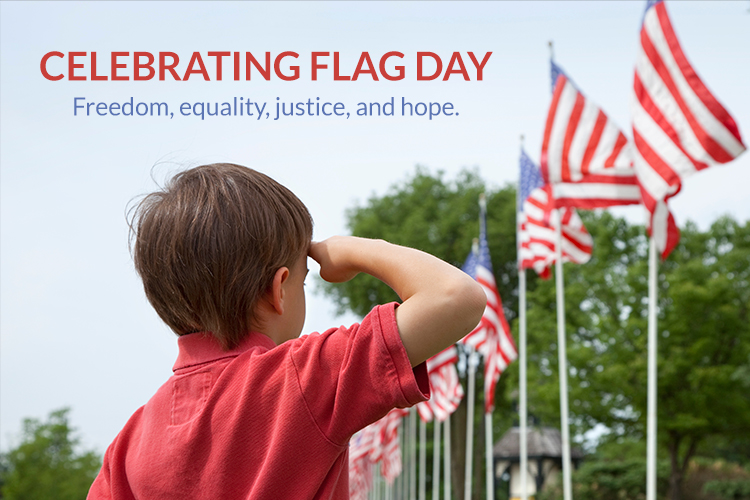 Memorial Day may be behind us, but with the summer months comes many more festivities surrounding the “land of the free.“ As an expat relocating to the US, it is worth taking note of the customs and traditions present in America. Not only will you feel more connected to the community, but you will also grow to appreciate the history. 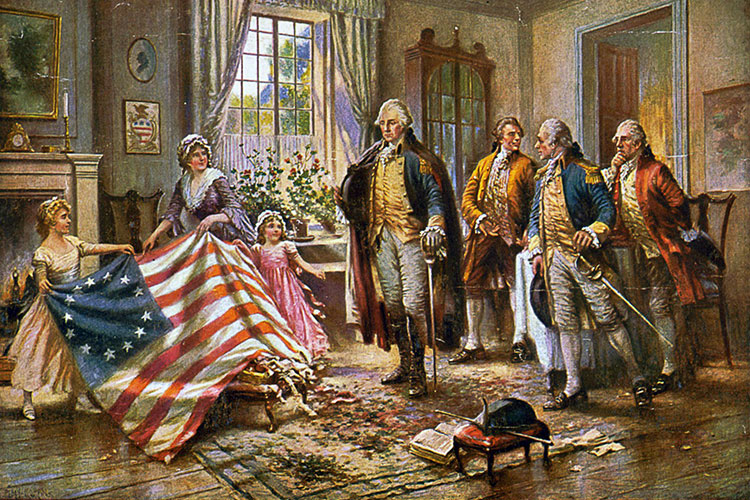 What is Flag Day?

Flag Day in the US is celebrated on June 14th every year. This represents June 14, 1777, when the Second Continental Congress officially adopted the “stars and stripes” design as the flag for the US. This came roughly one year after the signing of the Declaration of Independence on July 4, 1776. 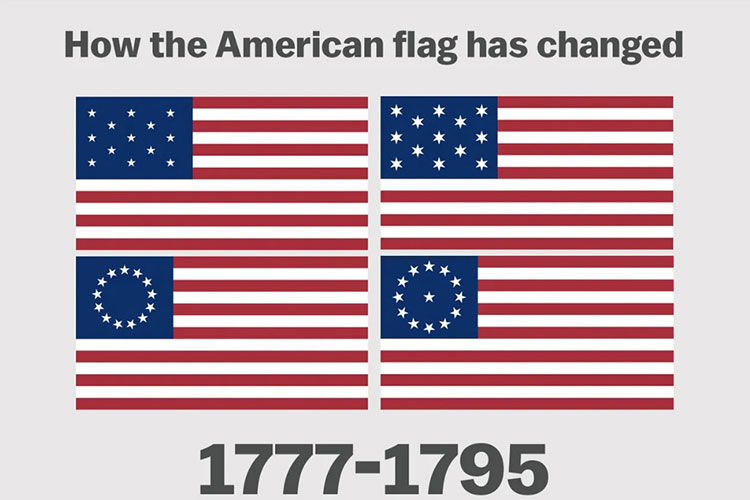 On June 14th, John Adams, an original signer of the Declaration, spoke about the flag at a meeting of the Continental Congress in Philadelphia. He said, “Resolved, that the flag of thirteen United States shall be thirteen stars, white on a blue field, representing a new constellation.” This was significant because previously each thirteen colonies had their own flag. 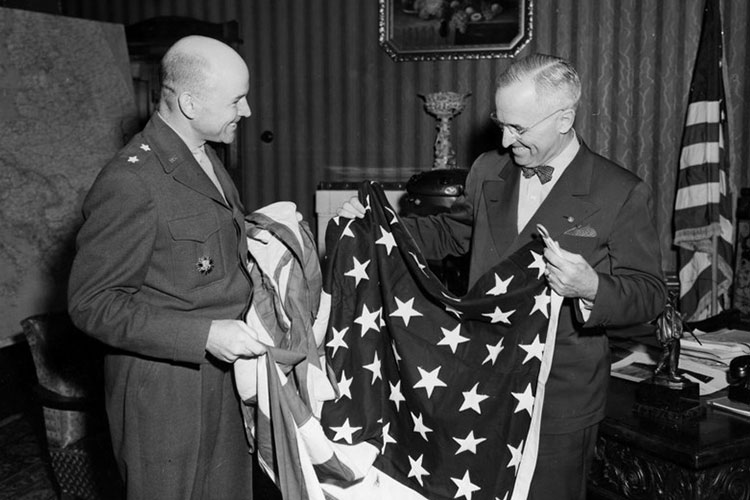 The first national observance of Flag Day took place 100 years later, on June 14, 1877, and in 1916, President Woodrow Wilson issued a proclamation of Flag Day on June 14th. On August 3, 1948, President Harry S. Truman made the holiday a permanent observance. 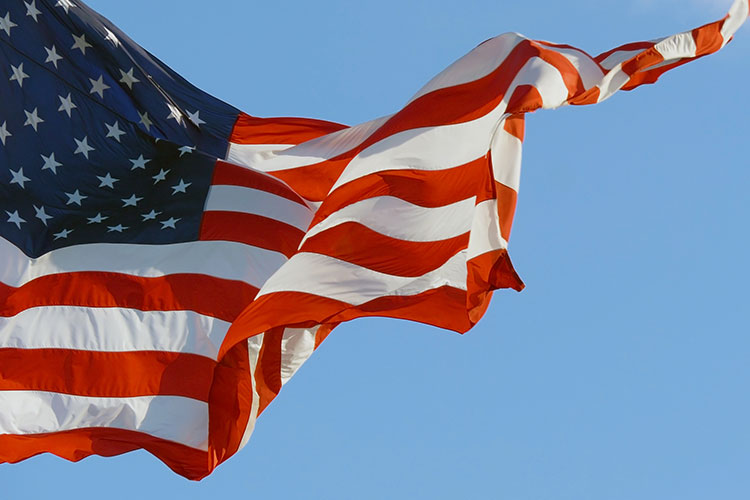 The US flag symbolizes the country’s democracy and independence. The first iteration, called the “Grand Union” flag appeared on January 1, 1776, when George Washington controlled the Continental Army. As the British army laid siege on Boston, Washington demanded that the flag be hoisted above his base at Prospect Hill. The flag had 13 alternate red and white stripes and the British Union Jack in the upper left-hand corner. 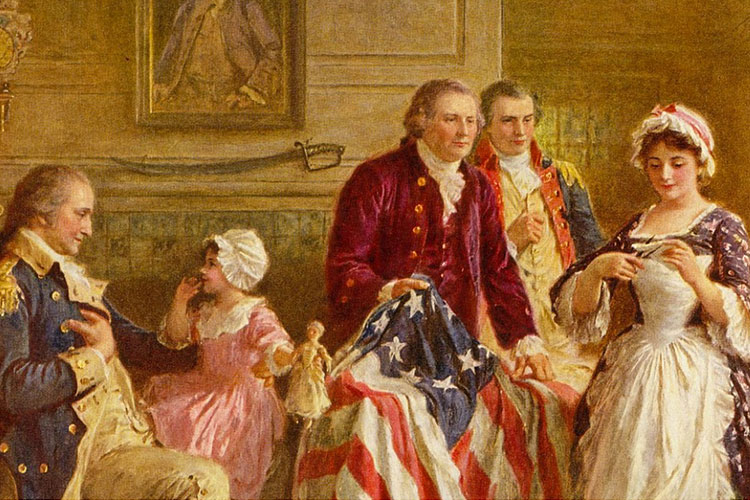 Over the next couple of years, the design changed to show 13 alternate red and white stripes with 13 white stars in a circle on a blue background. This represented the 13 states of the union. The person responsible for this change is part of American folklore. Betsy Ross of Philadelphia and Mary Pickersgill of Baltimore are both rumored to have sewn the first American Flag into existence, but neither are confirmed.

With each new state added to the union, a new star is added to the flag. The 50-star flag we have today first flew on July 4, 1960, when Hawaii joined. The red, white, and blue colors of the flag represent certain characteristics. Red symbolizes hardiness and valor, white means purity and innocence, and blue represents vigilance, perseverance, and justice. 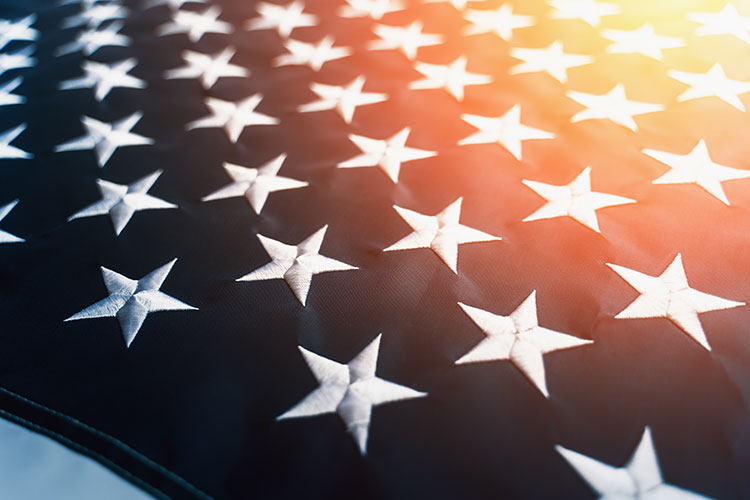 On Flag Day, communities celebrate by flying an American flag at their homes, businesses, and schools. Some towns and cities hold parades and events. But it is worth noting that there is an official set of guidelines (not laws) associated with the flag called the US Flag Code.

Specific dimensions must be followed when making an American flag, and the overall size of it should be proportionate to the height of the flagpole used. The flag must be always illuminated, either by sunlight or artificial light. Only certain buildings can fly a flag 24/7, including the White House, the US Capitol, and military memorials.

The flag must be designed with inclement weather in mind, it cannot be flown upside down, and it should never have any mark, word, or insignia on it. Only government officials can decide when the flag should be flown at half-mast, which represents respect, mourning, or a salute. When the flag is eventually lowered for cleaning or mending, it should never touch the ground or any other object. 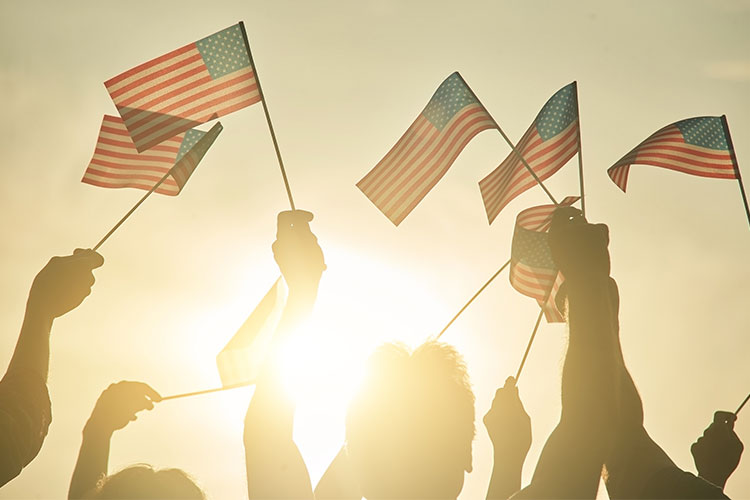 From all of us at IAS, we hope you have an enjoyable Flag Day this Tuesday, June 14th.

As the vehicle experts for expats, International AutoSource has helped over 50,000 international and domestic assignees get a vehicle for their relocation to the United States. IAS offers flexible vehicle solutions to finance, lease or rent a vehicle in the US without a local credit history.